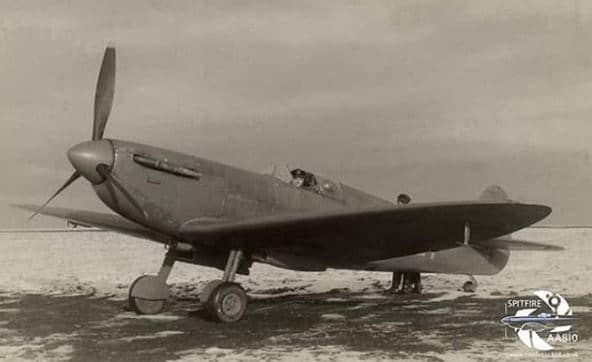 The Sandy Gunn Aerospace Careers Programme will launch on the 27th September 2019, the very day that would have been the 100th birthday of Alastair ‘Sandy’ Gunn. It is one of the two essential elements of Project AA810; the other being the re-build to flight of Spitfire PR.IV AA810.

The aircraft’s last pilot was Sandy Gunn, a man who had given up his academic training to become a diesel engineer when the Second World War broke out in order to join the RAF. Shot down flying this aircraft on an unarmed Photographic Reconnaissance mission to Norway in 1942, AA810 was finally recovered from the mountains and returned to the UK in 2018. Sandy was, however, never to return home as he was murdered in 1944 by the Gestapo for his involvement in what became known globally as The Great Escape.

The Sandy Gunn Aerospace Careers Programme (ACP) is set up in his name for young people aged 15 onwards to introduce them to the opportunities that so many of Sandy’s generation were denied.

Over the next 20 years, the global aerospace industry will need at least 30,000 new commercial aircraft, yet it is predicted there will be a shortfall of 500,000 pilots and 600,000 engineers. By its nature, the aerospace industry includes a vast multitude of engineering-based sectors as well as all elements of space and aviation. The ACP launches with four purposes. To:

Excite young people’s interest in Engineering generally via the medium of aerospace;

Inform them of the current and potential related career opportunities available;

Explain the routes into those careers; build a support network of like-minded individuals that will help maintain and further the purpose of the ACP as each member progresses their own career.

The whole programme, which will begin in earnest in 2020 with a series of road-show presentations during the Spring and Autumn, and a hands-on engineering workshop in the Summer, will encourage STEM learning and be complementary to other schemes with a similar purpose. Indeed, because it is not a ‘teaching’ programme but a promotional one, it will refer to those other programmes as well as providing careers information.

The ACP team will be joined at the launch by members of Sandy’s family, by global heads of the aerospace and motorsport industries, as well as head and careers teachers from schools across the UK. Industry giants such as Rolls-Royce are providing support to the launch with additional exhibition material and, weather and serviceability permitting, a Spitfire will provide an exclusive air display for the event. Prestigious bodies such as the Royal Aeronautical Society, the Royal Academy of Engineering, and the Association of Heritage Engineers will be attending the event which will be hosted by Sir Peter Gregson, the Project’s Honorary Vice-President.

Throughout the ACP the underlying endeavour is to remember the past to build for the future. Consequently, coupled with AA810 herself, the Project as a whole is intended to be, on the one hand, a living memorial to the crews of the WWII Photo Reconnaissance Unit (PRU) and, on the other, a forward-looking and permanent youth engagement programme. With the former in mind, therefore, Project AA810 is lobbying Westminster for a National Memorial to the PRU, a unit that suffered the second highest casualty rate of any aerial unit in the Second World War.

Announcing the launch, chairman of the ACP, Dr Michael Smith, said:
“When AA810 takes to the skies in 2023, this iconic aircraft will become the symbol of the ACP across the whole of the UK, a programme that we sincerely hope will be to the benefit of the young people, companies, schools and industries involved and, therefore, in its small way, to the Nation. Consequently, the whole ACP Team are extremely grateful to Sir Michael Arthur, President International, Boeing (and our Honorary President), Sir Peter Gregson, Vice-Chancellor, Cranfield University, Rolls-Royce, the RAeS, the RAEng, Colfe’s School, and a growing host of companies, large and small, within the UK and overseas, for the invaluable advice and support they are providing. And so the journey begins!”

Royal Aero Careers @RAeSCareers
Wednesday, January 22nd, 2020 at 10:01pm
Do you want to work as a manager in the air transport industry? Cranfield University is holding a masterclass on 19 - 20 March to explore the opportunities for a career in this sector! Find out more here: https://t.co/e5jrfE48AN https://t.co/A55kDdYSBL
View on Twitter
1
3

Royal Aero Careers @RAeSCareers
Wednesday, January 22nd, 2020 at 6:00pm
Calling all #aerospace & #aviation organisations of any kind! Create your FREE profile in our Careers in Aerospace Industry Directory and showcase your organisation to over 55k visitors to the website each year! Promote your high-flying organisation here: https://t.co/f0Eh4OuKLz https://t.co/j9tLx041BD
View on Twitter
2
4 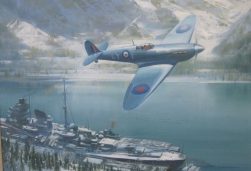 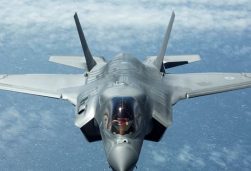 GCSE Selection – Thinking of Aerospace as a career?

Lots of people will offer you advice when selecting your GCSEs and their advice is important....

Come and learn more about the apprenticeship schemes we will be opening in 2020! About...

Join us at the Airbus site in Filton to discover more about our exciting Degree &...