What Does a Military Pilot Do?

Military Pilots are soldiers in the Royal Air Force. They are trained to fly airplanes, and they can use these airplanes to defend the nation or fight enemies during times of war. When they aren’t at war, fighter pilots must also train to hone their skills and expertise.

What are the Key Responsibilities of an Air Force Pilot?

What Qualifcations Do I Need to Become a Military Pilot?

Royal Air Force (RAF) officers begin their career by completing the Initial Officer Training Course at the RAF College Cranwell in Lincolnshire. You will complete a challenging modular 24-week course, split into 4 distinct terms designed to develop your robustness, fitness, leadership and academic skills through a number of indoor and outdoor exercises across the UK. 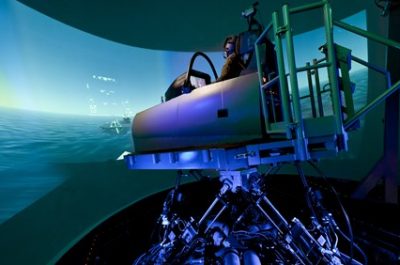 Your specialist training begins with Elementary Flying Training, flying the Tutor or Prefect aircraft. You will then be streamed to fast jet; multi-engine or rotary (helicopter) flying training.

FAST-JET: Fast-jet training lasts ~2 years and you will initially fly the Texan at RAF Valley, after which you will be awarded your Pilot flying badge – known as ‘wings’. You will then go on to fly the Hawk T2 at RAF Valley and, after successful completion of the tactical weapons phase, you will go to an Operational Conversion Unit (OCU), where you will train on the specific aircraft that you will be flying in a front-line role (e.g. Typhoon).

MULTI-ENGINE: The training to fly multi-engine aircraft is ~10 months long, during which you will fly the Phenom at RAFC Cranwell. You will then be awarded your Pilot ‘wings’ and go to an OCU to train on the aircraft that you will be flying operationally.

ROTARY WING: If you are streamed to rotary you will spend ~18 months flying twin-engine helicopters at RAF Shawbury, the Juno and Jupiter. After your training, you will be awarded your Pilot ‘wings’.

What’s the Career Path for a Military Pilot?

You will join the RAF on an Initial Commission of 12 years and will be selected to serve on a pension earning commission of 20 years’ service or to age 40, whichever is the later, on completion of your first Operational Conversion course.  Promotion to the rank of Flight Lieutenant is on a time served/satisfactory service basis 2½ years after completing IOT.  Further promotion to Squadron Leader and above is by competitive selection.

The skills and experience you gain throughout your career as a Pilot in the RAF could equip you for a number of civilian jobs upon completion of service, including: Commercial Pilot; Flying Instructor and various aviation management posts.

What Can I Expect to Earn as a Military Pilot?

Your basic salary will range from £15.220 – £39,000 depending on the role. When training with the RAF you will be paid from the beginning. While in the RAF your day-to-day living costs are dramatically lower, meaning you end up with more disposable cash in your pocket.

All members of the RAF and their partners are entitled to a range of discounts through Defence Discount Service. You will also be able to buy a Railcard for £21 a year and get up to a third off standard rail fares across the country.

The RAF is committed to helping its personnel with retirement. The size of your pension will depend on your length of service and rank on retirement.

Freya Garrigan, a Year 13 A Level Student from St Richard Reynolds Catholic College, shares the story of her journey with...

Role model for leadership/ achieving transformational change Sarah is considered to be a trailblazer for women in STEM and an...

Up until I did work experience in Year 11 I was almost certain that I wanted to go into finance – this changed however after I...

Why I decided to do an Apprenticeship I have always been fascinated about aircraft since attending my first air show with my Dad...