Kirsty Murphy joined The Blades Aerobatic Team in 2016 following a 17 year career in the RAF. She was selected to be the first female pilot to fly with the RAF Aerobatic Team, the Red Arrows and since then has participated in 136 public displays and 133 flypasts in 11 countries.

Her first flying experience was when she was 16 years old, through the Air League Flying Scholarship. Kirsty then studied Aeronautical Engineering with German at London Imperial College. After gaining her Master’s Degree, Kirsty joined the RAF and completed flying training on the Tucano and the Hawk T1, became a flying instructor and flew operational sorties in Iraq. 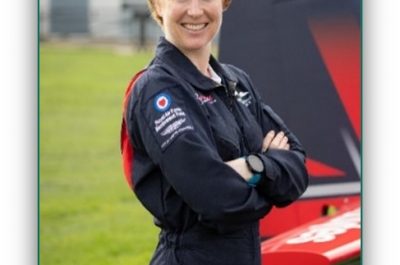